WA: Every pet is not a service animal

WA: Every pet is not a service animal 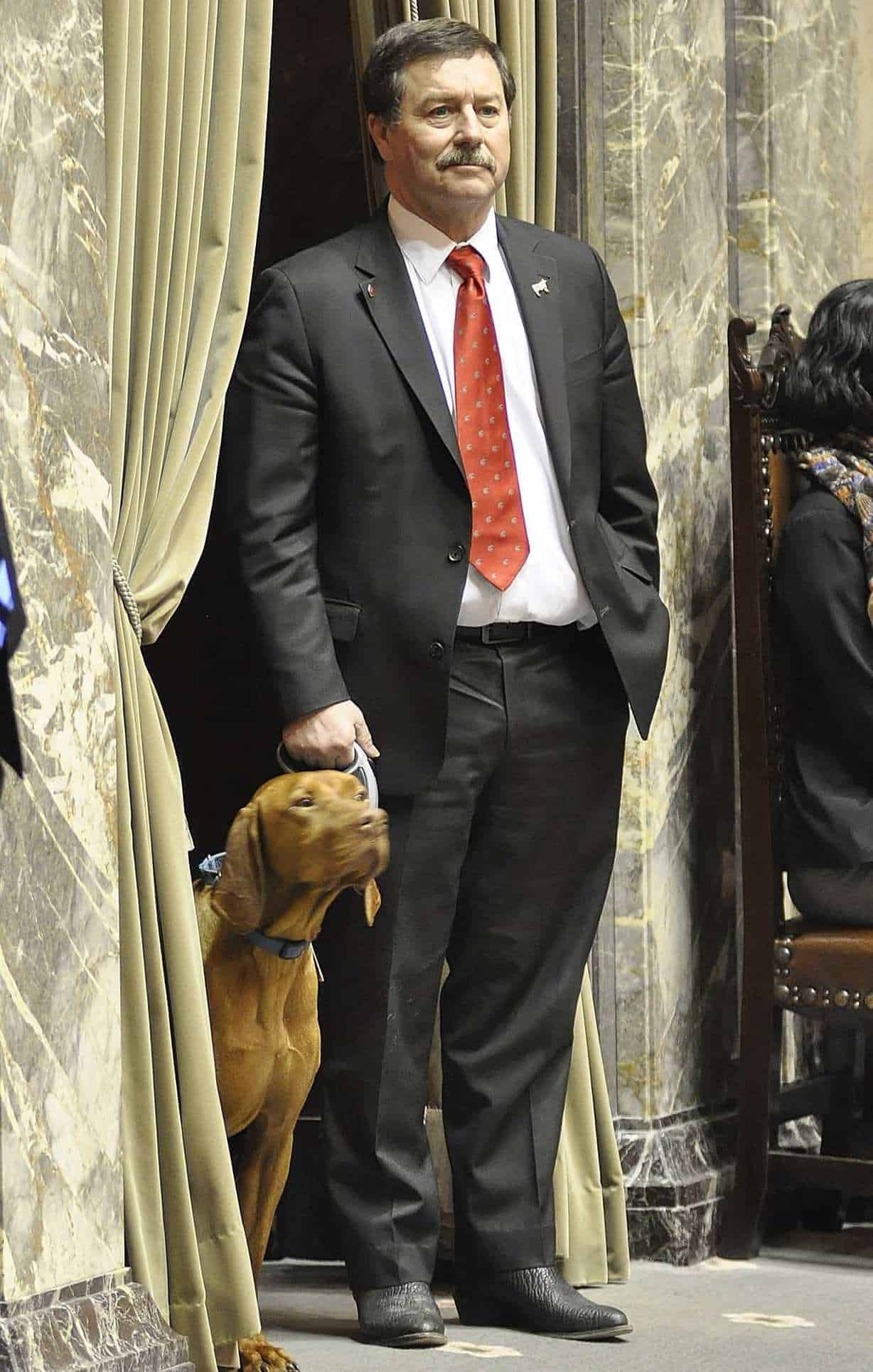 OLYMPIA – Trying to pass off a pet or an untrained animal as a true service animal could get the owner a citation under a bill that received final passage Friday in the Senate.

The bill, which was sent to the governor’s desk on a 46-2 vote, follows a federal guideline that says service animals can only be dogs or miniature horses that have been trained to assist a person’s sensory, mental or physical disability. They would be allowed at public accommodations and commercial facilities.

“This is a common sense bill,” Sen. Mike Padden, R-Spokane Valley said. “Animals that are not trained can cause problems.”

Trying to pass off an animal that is not a true service animal could get the owner a fine of up to $500.

Washington bill would crack down on "service animals"

OLYMPIA – People bringing their untrained pets into stores as “service animals” would face civil penalties under a bill passed by a Senate committee Thursday.

It also authorizes public accommodations officers to ask questions to determine whether an animal is being misrepresented as a service animal.

Supporters of the bill say keeping untrained and potentially hazardous animals out of businesses and away from both customers and legitimate service animals would help maintain health code standards, limit store liability and uphold the legitimacy of real service animals.

During public testimony last month before the bill passed the House, Emily Rogers, who brought her service dog, Raleigh, said untrained animals could threaten the legal protections for service dogs like hers that have years of training.

“Raleigh has had over two years of extensive training before we got her, and I continue to work with her every day,” Rogers said. “She was born to work as a service dog. Not all dogs are cut out for this.”

Nick Akins, vice president of Akins Harvest Foods, said untrained animals create an unsanitary and unpleasant experience for customers. He has had to deal with animals barking, sitting in carts and even defecating.

“None of (these) behaviors above would ever be allowed with a trained service animal,” he said. “Our customers are appalled and complain quite often.”

“Most people tell us that the animal they are bringing in is a service animal, when in fact it is a comfort animal, which is not allowed in food establishments,” he said. “Our hands our tied.”

The Law and Justice Committee voted unanimously to send the bill to the Senate.

For those with disabilities, a service dog means a more...

Seattle woman shares what you need to know about service animals

After getting questioned about her disability, a Seattle woman is...