NORWICH – A Norwich man who uses a service dog because of mental health disabilities says a Norwich auto dealership refused to hire him because of it.

Neil O’Brien filed a complaint in January with the state Commission of Human Rights and Opportunities. A fact-finding hearing in front of a mediator is scheduled for Nov. 6 at CHRO’s offices at Norwich City Hall.

O’Brien has a condition called “neurocardiogenic syncope” that, when he’s not medicated, causes him to black out because the blood flow to his brain is interrupted at times of stress.

Before his condition was diagnosed in 1996, he said, he received a traumatic brain injury as a result of all the falls he took – he estimates 30 – when he had the fainting spells. With medication, O’Brien no longer blacks out or falls.

O’Brien said he also has PTSD, but he said it’s not the result of his military service, but because he was a volunteer firefighter and EMT in Marlborough.

The brain injury went undiagnosed until 2014, O’Brien said. After leaving the Navy, he lived in group homes if he had a home at all. “There was a lot of homelessness.”

After his injury was diagnosed, O’Brien’s living conditions improved, and now he’s living alone in a Taftville apartment – alone, that is, except for his service dog, Kylie.

Kylie is a 3-year-old black Labrador-greyhound mix O’Brien received in August 2016. He and she received training from a nonprofit organization called Mutts Mending Mankind based in Bantam.

“As soon as I got her, she changed my life. She brought me out of that dark spot,” O’Brien said.

O’Brien got Kylie when she was three months old. “She started at 7 months old training,” he said. “We have almost 1,000 hours of training.”

Kylie senses when O’Brien is getting agitated.

“If I get upset, she’ll jump on me and start licking my face,” he said. She also wakes him when he has night terrors brought on by his PTSD.

“She’s gotten me off three medications,” O’Brien said. “She basically has to go with me everywhere.”

According to O’Brien’s complaint, in September 2018 he applied for a job at Scranton Chevrolet to be a driver to take customers to and from the dealership and to pick up and deliver parts. A month later, he applied for a second job there, to work at the parts counter.

In November 2018, during a phone call to follow up his applications, the complaint said O’Brien was told: “We cannot hire you because of your service dog. People may be allergic to or afraid of the dog.”

O’Brien’s complaint said a counselor from Reliance House, who was helping him in his job search, was listening in on the phone call.

The complaint, filed in January, says the dealership is discriminating against O’Brien “due to my perceived physical and mental disabilities, veteran status and use of a service dog as a reasonable accommodation to my disabilities.”

Connecticut law doesn’t classify Kylie as a service dog. It says dogs only qualify that assist blind people, deaf people and people with physical, as opposed to mental, disabilities. The federal Americans With Disabilities Act does say dogs that assist someone with a mental disability like O’Brien’s are service dogs, however, but rules for the workplace are taken on a case-by-case basis.

A guideline from the federal Equal Employment Opportunities Commission says: “An employee with a disability is permitted to handle his service animal at work unless the employer demonstrates that it would cause an undue hardship or pose a direct threat.”

General Manager Matt Scranton said he couldn’t comment about the case, “other than we support our veterans and employ many.”

O’Brien said he did get another job at Advance Auto Parts but it didn’t work out because of his condition. Living on Social Security disability, O’Brien volunteers for veterans groups and advocates for the state to recognize conditions like his as qualifying for service dogs.

“We’ll try to volunteer as much as we can,” he said. 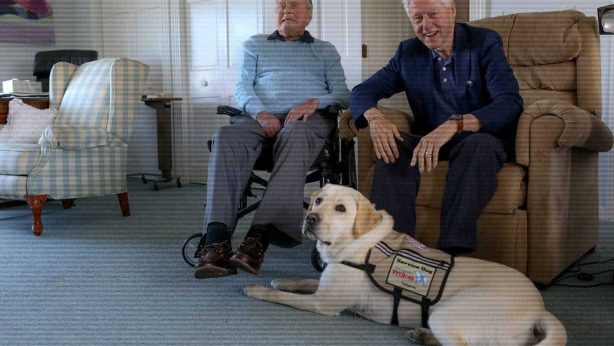 Dogs aren’t called “man’s best friend” for nothing. If you’ve... 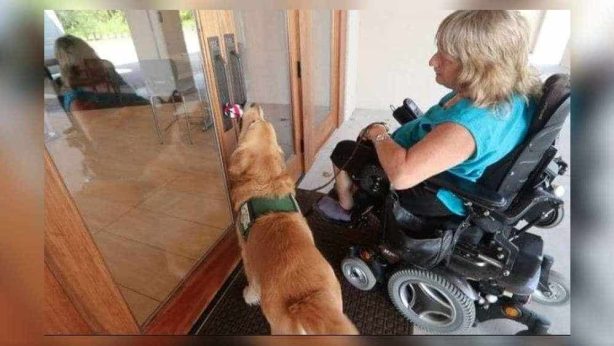 People have become emboldened to bring their pets along on...