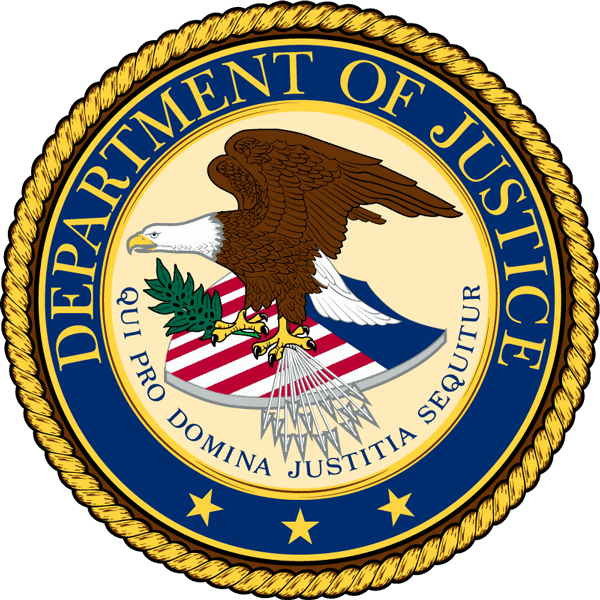 From the United States Department of Justice:

The Justice Department reached an agreement under the Americans with Disabilities Act (ADA) with the Deerfield Inn & Suites (Deerfield) in Gadsden, Alabama and the Landmark Hotel Group (Landmark) in Virginia Beach, Virginia to resolve complaints under title III of the ADA.

The Department’s investigations found that Deerfield and Landmark discriminated against veterans with PTSD when they refused to honor reservations for hotel rooms because the veterans were accompanied by their service dogs.

SETTLEMENT AGREEMENT BETWEEN
THE UNITED STATES OF AMERICA
AND
JON GRAVES, D/B/A DEERFIELD INN AND SUITES
D.J. No. 202-1-106

FOR THE UNITED STATES

Attachment A: POLICY REGARDING INDIVIDUALS WITH DISABILITIES AND SERVICE ANIMALS

What is a Service Animal?

Requirements with Regard to Service Animals

The Hotel may ask the person who has the dog if it is required because of a disability, and what work or task(s) the dog is trained to perform.  The Hotel may not ask an individual with a disability for proof of his or her disability or for any information about his or her disability, nor may the Hotel require proof or certification of the animal’s training or vaccination.  Service animals do not always have a sign, symbol, or harness indicating they are service animals.

The Hotel has the right to exclude a service animal from the hotel only if the animal is out of control and the animal’s handler does not take effective action to control it or the animal is not housebroken.

As we mark Veterans Day 2019, the Justice Department announced two settlement agreements under the Americans with Disabilities Act (ADA) to protect and advance equal access for veterans with disabilities who use service dogs. One agreement is with Deerfield Inn & Suites, in Gadsden, Alabama. The second agreement is with the Landmark Hotel Group in Virginia Beach, Virginia, which manages the Holiday Inn Express in Hampton, Virginia. These matters were investigated and resolved in furtherance of the Department’s commitment to ensuring that our veterans enjoy equal access to public accommodations, such as restaurants, hotels, and shops.

The ADA generally requires public accommodations to provide access to individuals with disabilities who use service animals, including those who use service dogs for post-traumatic stress disorder (PTSD) or anxiety. Yet, in public accommodations across the country, individuals with disabilities are frequently barred from entering with a service animal.

“Individuals with disabilities, including veterans who have sacrificed for our country, have a right under federal law to the equal enjoyment of the services that a public accommodation provides to the public,” said Assistant Attorney General Eric Dreiband of the Civil Rights Division. “The Civil Rights Division is committed to ensuring equal access for our veterans, and we commend these businesses – the Deerfield Inn & Suites and the Landmark Hotel Group – for acknowledging their obligations under the Americans with Disabilities Act, and agreeing to implement policies and practices to ensure equal access for individuals who use service dogs.”

The Deerfield Inn & Suites agreement resolves allegations that, after driving many hours, a veteran arrived at the Deerfield Inn & Suites at 4:00 in the morning. When the desk clerk learned that the veteran was accompanied by her service dog, the desk clerk refused to honor the reservation, insisting that no dogs were permitted in the hotel. Despite numerous attempts by the veteran to explain that the dog was not a pet, but a highly trained animal required for disabilities she acquired in the service of our country, the clerk would not allow the veteran to stay at the hotel. As a result, and given the late hour, the veteran ended up sleeping in her car in the parking lot of a church.

Similarly, the complaint underlying the Landmark Hotel agreement alleged that, at the Holiday Inn Express managed by the Landmark Hotel Group, the desk clerk refused to honor a reservation by a veteran because he would not provide documentation that the dog with him was a service dog. The veteran informed the clerk that it was unlawful to ask for documents to establish that a dog is a service animal, but the desk clerk informed him that such documentation was corporate policy. The veteran then requested to speak to the hotel manager, who confirmed that it was the hotel’s policy to require such documentary proof. The veteran was forced to find another hotel.

SETTLEMENT AGREEMENT BETWEEN
THE UNITED STATES OF AMERICA
AND
THE LANDMARK HOTEL
D.J. No. 202-79-351

FOR THE UNITED STATES

Attachment A: POLICY REGARDING INDIVIDUALS WITH DISABILITIES AND SERVICE ANIMALS

What is a Service Animal?

Requirements with Regard to Service Animals

Hotels owned by Landmark have the right to exclude a service animal from the hotel only if the animal is out of control and the animal’s handler does not take effective action to control it or the animal is not housebroken.

"The biggest problem is you have people that do not...

His first job was training service dogs in prison.